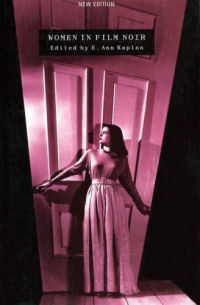 Sprawdź cenę
Opis wydawcy
“Women in Film Noir” is one of the classic course texts of film studies, a groundbreaking attempt to chart the ways in which meanings and fantasies are produced in film noir through representations of the femme fatal and other female roles.
First published in 1978, “Women in Film Noir” assembled a group of scholars and critics committed to understanding the cinema in terms of gender, sexuality, politics, psychoanalysis and semiotics. This work remains fresh and insightful and is reprinted here.
For this new expanded edition the editor has brought together further essays which reflect the renewed interest in film noir which is apparent today. Exploring ‘neo-noir′, post-modernism, and other contemporary trends, new essays offer readings of, among others, Bound and Basic Instinct, broadening the scope of the book to include questions of race and homosexuality.
Teksty w Esensji
Książki – Recenzje